Before I get into my hitlist, let me paint a picture of the habitat I’m dealing with here in Southwest Minnesota.  This area is intensively row crop farmed to the point that over 85% of the landcover in the 4-county area surrounding my house is tillable ag.  That may seem like a good thing if you think about the available nutrition in the fall, but once those crops are harvested, this area quickly goes from vast expanses of cover to thin pickings.

The age of our local herd is largely dependent on how much corn is harvested prior to firearms season.  If it’s very wet and farmers can’t get into low ground, more younger bucks will survive simply because they can hide during the slug season.  The past couple years the crops have been mostly out by early November, leaving many deer exposed to harvest, and thus our age structure here is rather low.

Even with the above-mentioned hurdles, I have still found a few unicorns (bucks 4.5+ years old) that are living their lives in intensively farmed areas with extreme hunting pressure.  My strategy to capture these pictures was by mainly using Ani-Mineral Blocks topped with either Black Ops Whiteout or CRUSH Sugar Beet granular.

Buck #1 Mentose
I named this buck “Mentose” because after looking at hundreds of pictures of small, young bucks, on this property, I gasped when I saw the first pictures of him, so he gave me a breath of fresh air, just like the popular breath mint.  He lives in a very small chunk of habitat that will be difficult to hunt because I risk bumping him on all sides of this tiny chunk of woods.  My plan on getting him will revolve around determining where he exits that woodlot in the evening, and potentially slipping in well before daylight from the opposite side and hopefully beat him to his bed. 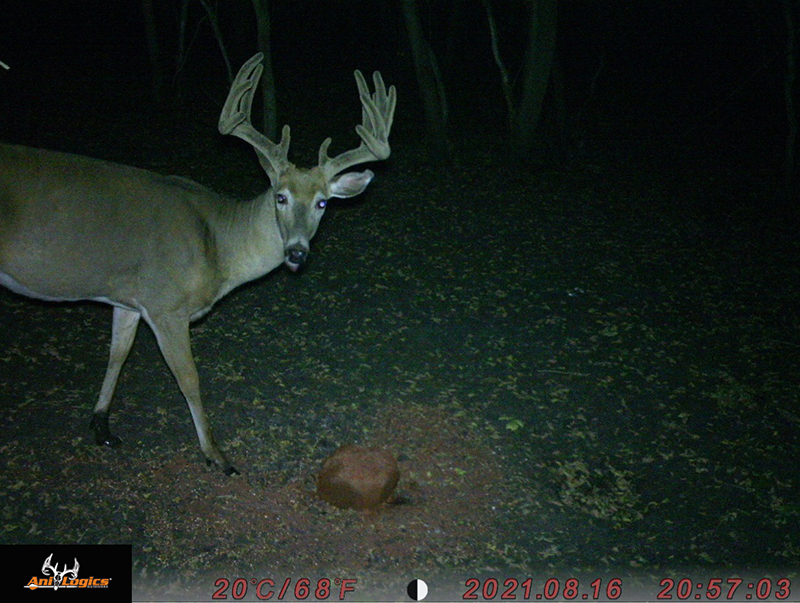 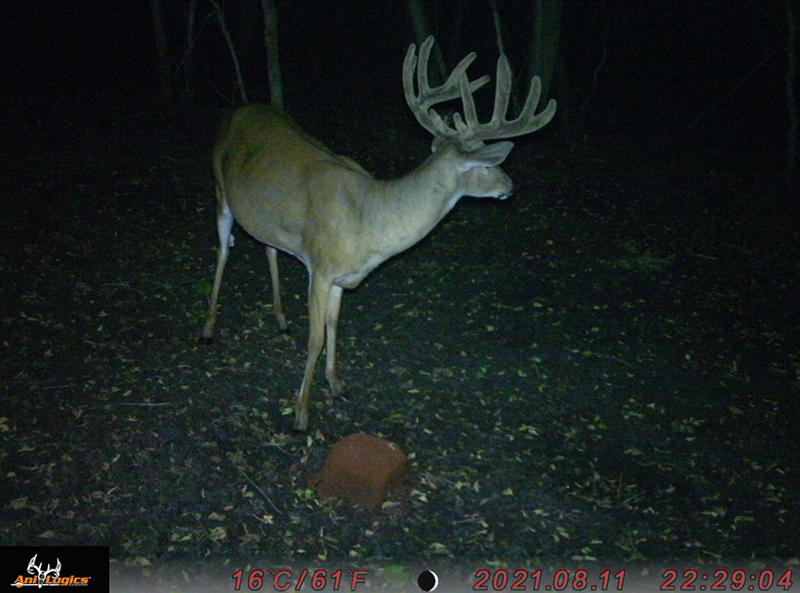 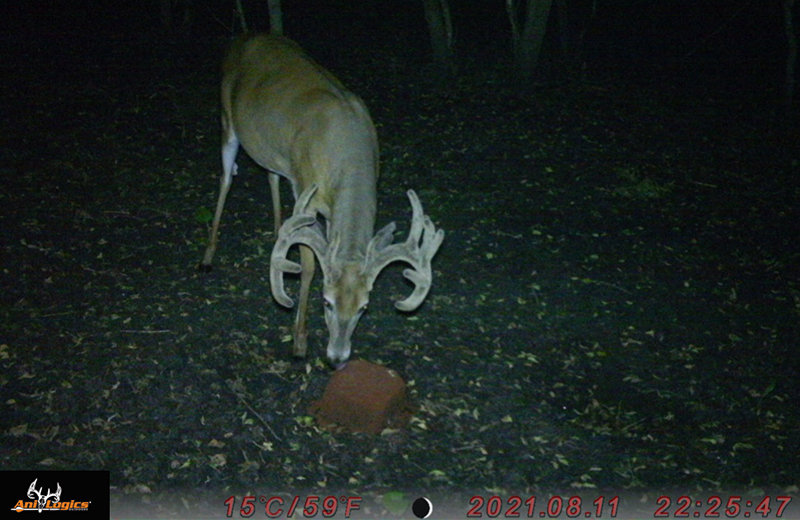 Buck #2 Baby Breen
This buck reminds me of the famous Breen Buck from northern Minnesota.  He has a bump on his G3 that helps give him his namesake.  He dwarfs the younger smaller buck in this picture below, which I imagine the Breen buck did in his day too. 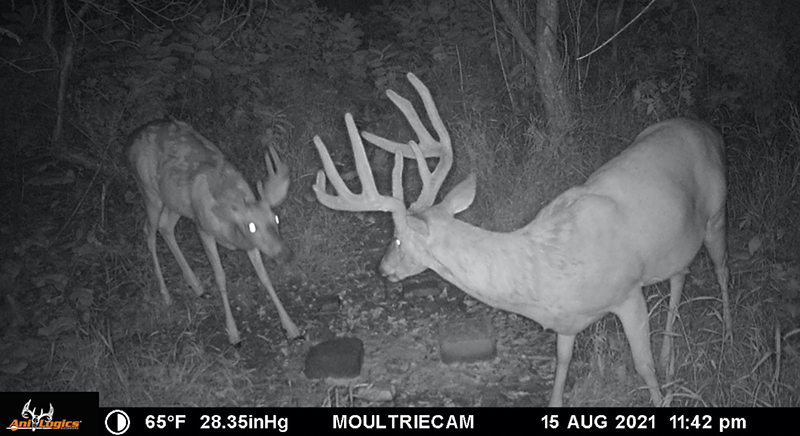 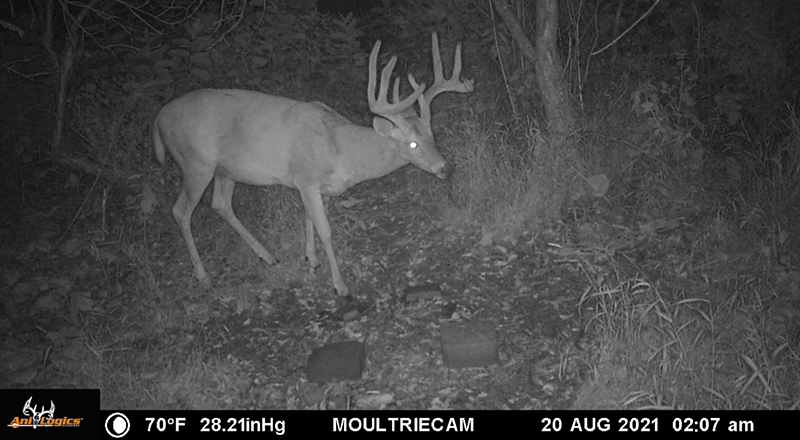 #3 Tucker Buck
This buck has kickers, and the week I found this buck on trail camera, Justin Tucker beat the lowly Detroit Lions with a record breaking 66-yard field goal to end the game.  That field goal barely cleared the uprights, it hit them on its way through.  The batteries on this camera were dying when these pics were taken but it had just enough life to take one last series of pics. 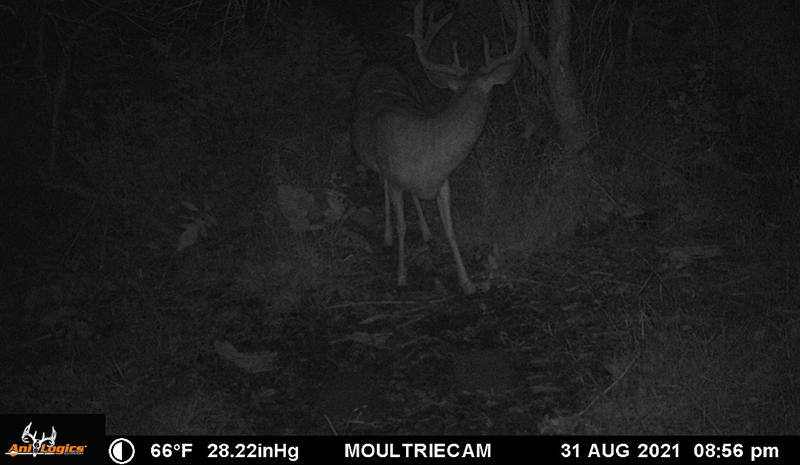 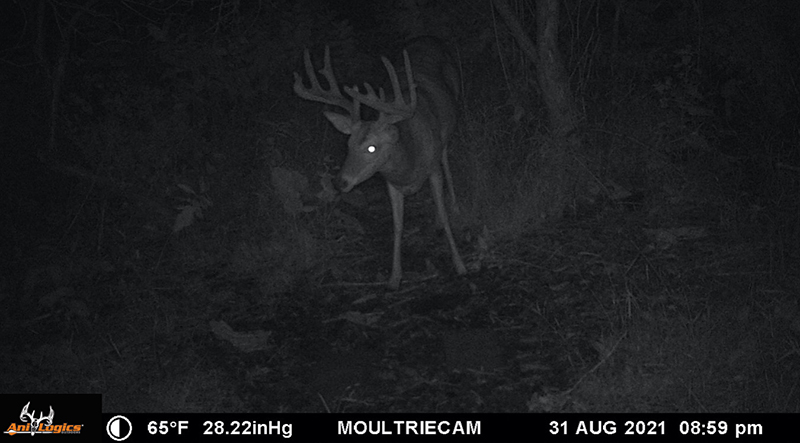 #4 The Perfect 10
This buck is a major wildcard as I only have one not-so good picture of him.  From the looks of it, his rack is extremely symmetrical and has 10 points, so he gets named after one of our best-selling food plots blends, “The Perfect 10.”  He lives in a wide-open area so hunting him will no doubt be a challenge.  I might invest in a ghillie suit just for this deer.  I will continue to monitor the trail cam on the area I have permission to hunt and see if he becomes more regular. 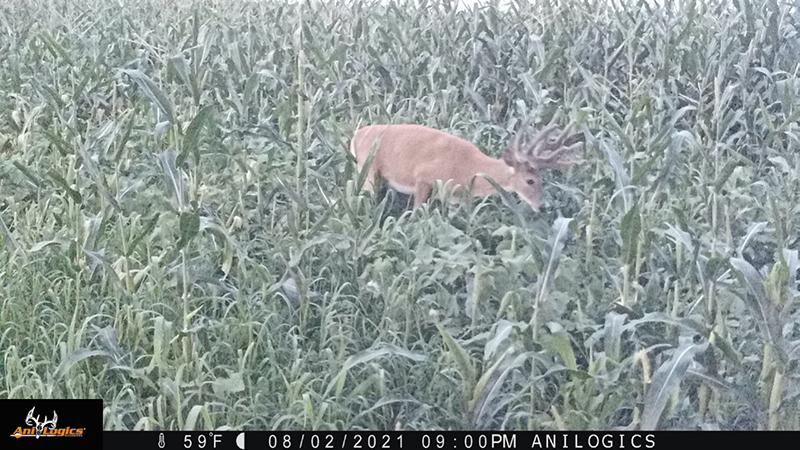 #5 Mystery Buck
This buck walked past a camera one evening in late August and only captured 2 pictures, one as his left beam entered the frame and another just as he was almost past.  Cleary he has at least 6 points on his left side, but I have no idea about his right side.  I’ve let that camera soak for a good month since this set of pics, so it will be interesting to see what we have here.  Even with a small sample size I know I’m drawing back when I see him from the stand. 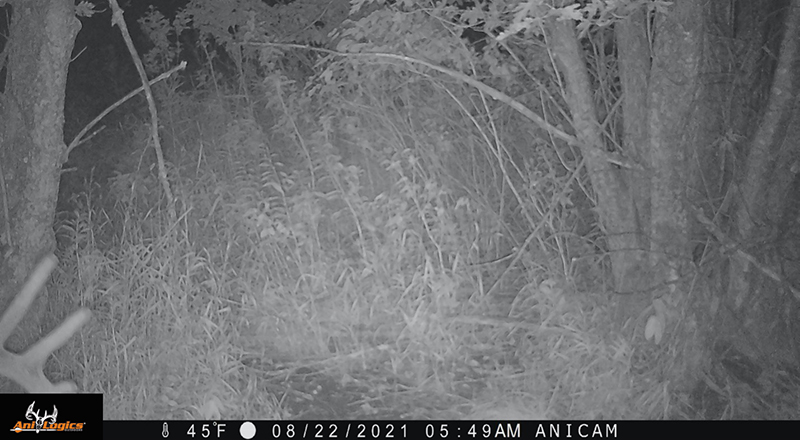 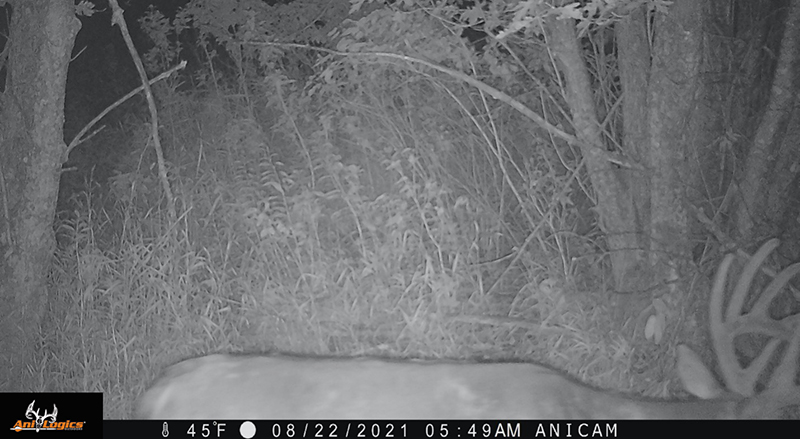 #6 The Old Timer
This buck is extremely old, considering where he lives.  I estimate he’s 6.5 this year.  He’s on another heavily pressured property and I swear he digs a hole and hides during season.  What I think might be happening with this buck is that his core has become so small that everyone hunts outside of it, leaving him by himself in a wide-open CRP field.  Only way I’m going to connect with this one would be if a hot doe helps get him out of his comfort zone. 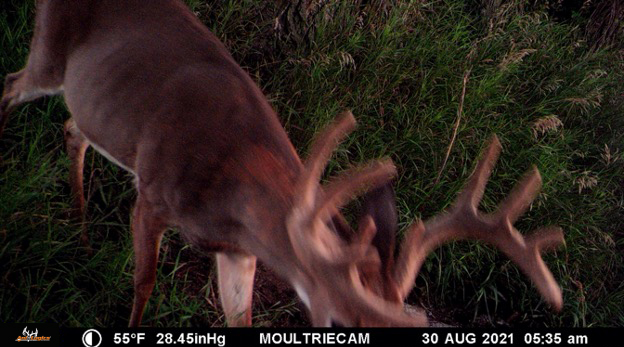 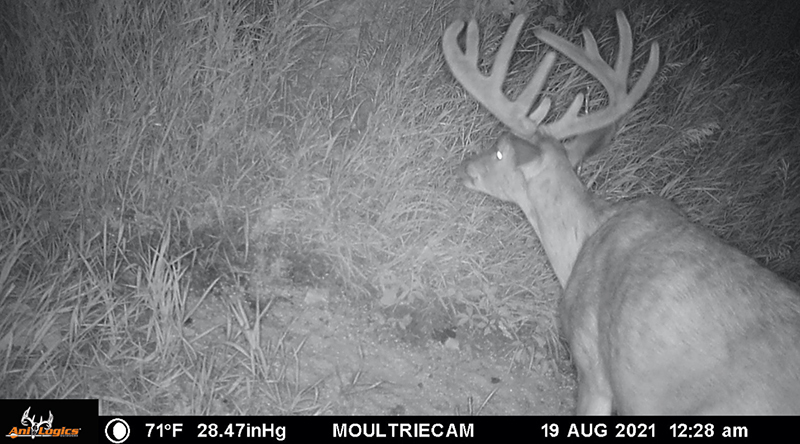 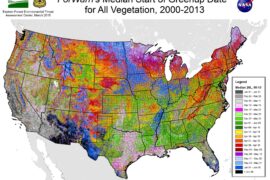 The Deer Biologist’s Definition of “There is No Off Season”  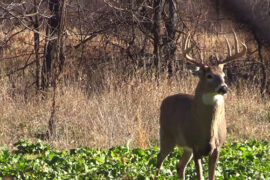 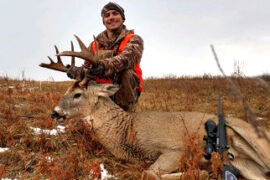 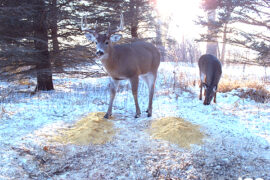 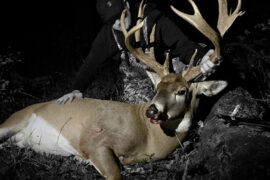 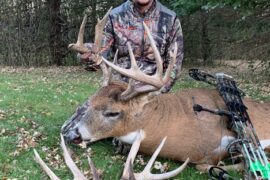